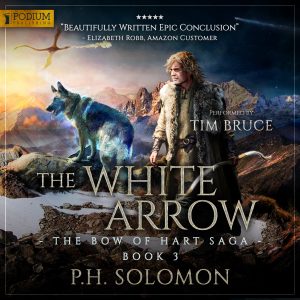 Bound to prophecy, his destiny balanced on an arrow’s tip.

With the Bow of Hart in hand, Athson is hunted by his enemies. His mistakes haunt him as much as his past.

But when the arrow arrives, it is from an unexpected source and lands in unforeseen hands. Events twist like an arrow in flight.

Can Athson overcome his past and use the Bow of Hart as intended? The archer and the bow await the coming arrow…

Get The White Arrow Here