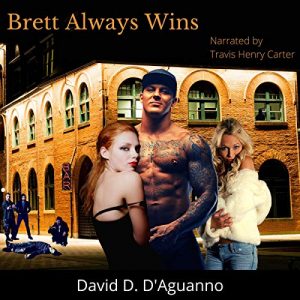 According to the police report, the attractive, blue-eyed blonde had been shot to death in her apartment at around 7:30 p.m.

Then how was it possible that nearly 50 people saw her dining and dancing at a nearby club over three hours later?

Set in the late 1980s, the third Brett Cornell novel finds the studly private detective surrounded by the usual bevy of beautiful women, as well as a few seedy characters who foolishly decide to butt heads with the supreme unscrupulous bastard himself.

But Brett’s road to victory isn’t easy, especially when he receives a frantic call for help, which leads to his being severely beaten right outside his office building and, later, being held and threatened at gunpoint.

Soon, bullets start flying, fists start flying – and even a sledgehammer is used – in one of the most violent cases of his career, before Brett finally wins!