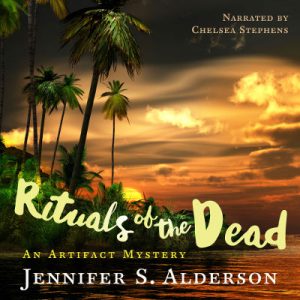 A museum researcher must solve a decades-old murder before she becomes the killer’s next victim in this riveting dual timeline thriller set in Papua and the Netherlands.

Agats, Dutch New Guinea (Papua), 1961: While collecting Asmat artifacts for a New York museum, American anthropologist Nick Mayfield stumbles upon a smuggling ring organized by high-ranking members of the Dutch colonial government and the Catholic Church. Before he can alert the authorities, he vanishes in a mangrove swamp, never to be seen again.

Amsterdam, the Netherlands, 2018: While preparing for an exhibition of Asmat artifacts in a Dutch ethnographic museum, researcher Zelda Richardson finds Nick Mayfield’s journal in a long-forgotten crate. Before Zelda can finish reading the journal, her housemate is brutally murdered and ‘Give back what is not yours’ is scrawled on their living room wall.

Someone wants ancient history to stay that way—and believes murder is the surest way to keep the past buried.

Can she solve a sixty-year-old mystery before decades of deceit, greed, and retribution cost Zelda her life?

Get Rituals of the Dead: An Artifact Mystery Here