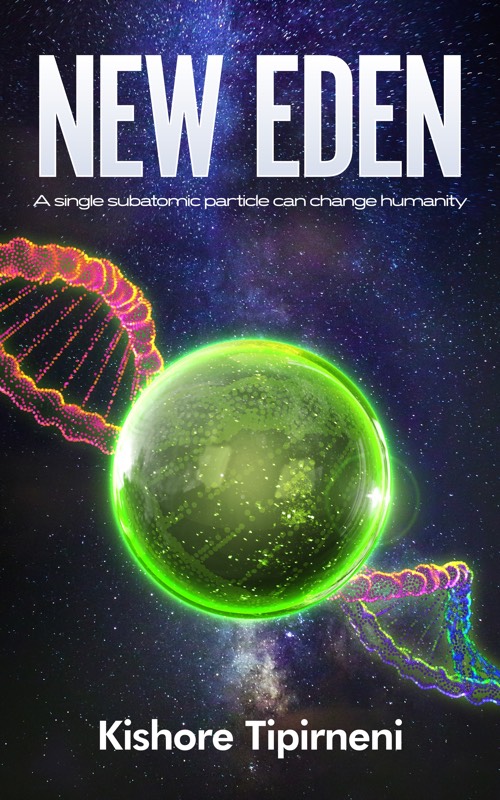 About New Eden by Kishore Tipirneni

“One of the best hard sci-fi books I’ve read in years . . .”
“Mind boggling. New Eden will change the way you view the universe and life itself.”

After the untimely death of his mentor, Berkeley physicist Joshua Andrews has dedicated himself to finishing his mentor’s life work: creating entangled particles that can communicate faster than light. When scientific journalist Rachael Miller comes to interview him at his lab, they make an astounding discovery, one as ancient as the universe itself.

During the early moments of the Big Bang, entangled particles were created that spread with the expansion of the universe creating a subatomic communication network—a network that Joshua and Rachael have accidentally tapped into.

This discovery sets the pair off on an incredible journey of revelation that profoundly alters the course of human history and redefines the meaning of life itself. Their journey ultimately leads them to a distant planet, New Eden, a genetically engineered paradise designed to be the new home for humanity.

“Einstein was wrong. Light is not the fastest thing in the universe . . . information is. And everything is information.”