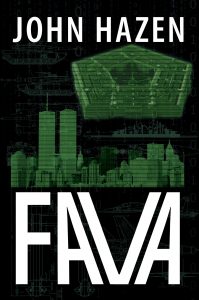 Fava is rated among the “18 Best FBI Thrillers Books” of all time.

The biggest story of Francine Vega’s career could end her life…or start World War III. Francine is a rising TV news reporter in New York City. Despite her brains, beauty, and a growing following, she is stuck covering local-interest stories. That is, until her career literally hits the jackpot, when the winner of a $450 million dollar lottery tells Francine that he is committed to using his new fortune to avenge his brother’s killing at the Pentagon on 9/11. His seemingly crazy plan is backed by more than just money – he is in league with a ruthless and powerful army colonel gone rogue, religious extremists, and co-conspirators in the highest levels of government. Francine teams with FBI Special Agent Will Allen, one of the few people who believe the threat is real, in a desperate race across three continents to stop the plot before it’s too late.