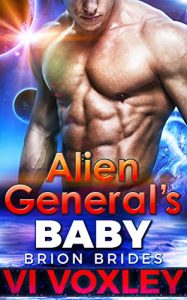 As one of the few warriors to ever defeat the Fearless, Brion General Braen is a living legend. Yet when his greatest victory turns to his gravest defeat, the undefeated warrior has to prove himself to the universe… and himself. If matters weren't complicated enough, his fated, his gesha, appears to him right in the middle of it all. Now, losing is not an option.

Naima is a scientist through and through. She's seen how love can ruin a life and she wants no part of it. So when she gets pregnant by a man who only deals in absolutes while an ancient unkillable evil wishes to conquer the galaxy, she finds herself between a… well, a monster and a hard general.

With everyone's lives in her hands, but most of all her own, her child's and the man's who she can't make up her mind about, what does the scientist trust? Her heart or her mind?